"We may be the last generation to drink great Madeira." In the book Madeira, Alex Liddell ticks grimly through the statistics: "During World War Two there were 60 export firms" on the island where the wine is produced. "By 1973 that number had shrunk to 23." When his book came out in 1998, there were nine. Today on the small island 340 miles west of Morocco, there are seven. The best vineyards, historically on the island's south coast, which tends to have warmer temperatures and less rainfall, have been replanted with bananas or built over with condominiums. Current vineyards, small plots scattered among the terraces of the island's craggy, steep landscape, are mostly on the north coast, which was long considered inferior. But finding itself at the brink of extinction has inspired the industry to act, and sommeliers and retailers are beginning again to appreciate the wine and introduce it to their customers. 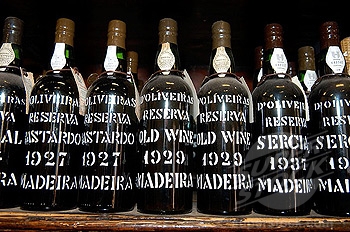 Madeira is one of the world's greatest and most unusual wines. Its color ranges from caramel to cola brown, and its aromas are of brown sugar, pumpkin, mushrooms, star anise, raisins, chocolate, nuts, caramel and toffee. These suggest a heavy, cloying, dessertiness, and yet Madeira is light; a mouthwatering aciditiy balances the residual sugar, sometimes cancels it altogether. The dominant flavors are spicy raisins, milk chocolate, winter squash and butterscotch. In taste, Madeira recalls tawny port and oloroso sherry, and yet it is wholly different. Its character comes not from the grapes or terroir but from its strange, two-centuries-old process, born in the creaking holds and flapping sails of transatlantic voyages.

The island of Madeira has belonged to Portugal for almost its entire inhabited history. It is just 35 miles long and 14 miles wide, a mere spot in the ocean, but 16th century sailors couldn't have missed it. The ocean currents that swoop from Europe down to the equator and over to America swing right by the tiny island. It was almost a given that ships would stop to take on food and wine, and Madeira often made up part or all of a cargo headed to America. In the British colonies, the wine achieved massive popularity.

And yet the taste was less special then. David Hancock, whose recent book, Oceans of Wine, provides an exhaustive view of the wine's history, describes early Madeira as 'a cheap, simple wine, made from a base of white grape must to which growers and exporters added varying amounts of red must in order to give it color and flavor.' In the mid-1700s, that began to change. The producers, called shippers, fortified the wine with brandy which kept it drinkable for longer periods. We now understand that this step kills microbes, particularly those that can turn the wine to vinegar. But shippers of the time also understood that the alcohol added body and smoothed out an otherwise harsh product. The extra alcohol gives a luxurious weight, silky feel and throat-warming finish.
Another ingredient was the equatorial sun's baking heat. 'On voyages to Africa, the Americas and India,' Writes Hancock, 'wine cargoes were subjected to extremely high temperatures in ships' holds, often 110 and 120 degrees Fahrenheit.' The American market loved the cooked taste so much that 'Shippers began intentionally sending the wine on long circuits, even when quicker more direct routes were available. Through numerous trials, a circuit of 'floating ovens' came to be established in 1775." Sometimes wine would be stored with some far-off Caribbean or Brazilian resident, giving further time under the hot sun.

In 1794, a 90-year-old merchant named Pantaleao Fernandes built a small room, placed casks it it and heated it with wood fires. The wine from his estufa had the same character as that baked in a ship's hold. The other shippers raced to copy him. 'A wine that would be palatable to Americans only after four or five years in England, three years in Madeira or one year in the East or West Indies could be readied in a stove in three or six months. Currently the least of Madeiras are heated in temperature-controlled steel vats for 90 days, while the best are heated slowly in neutral oak casks left in warm rooms for years on end.

The rooms are located in warehouses in the capital of Funchal, and the Madeira shippers talk of them in the way other vintners talk of the microclimates in their vineyards. 'That is why I have four warehouses,' says Ricardo Freitas, the handsome owner and winemaker at Vinhos Barbeito. 'If you have a building with a metal cover, you have more heat.' he says. 'The wine becomes more concentrated; the liquid evaporates faster. If you have one with concrete, it takes longer to oxidize, but it's smoother. The way of aging all comes from nature. You put the wine in a cask, and you have to be patient.'
Heating and aging transformed the wine and increased its value. In the early 19th century, drinking Madeira became a status symbol for the American upper class and those who aspired to it. An 1839 wine list from New York's Astory House devoted half its space to Madeira and charged up to $12 for a bottle, compared with $2 a bottle for Pommard from Burgundy. 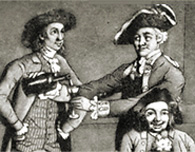 To finish reading this article, click on the article written by Derrick Schneider for the Art of Eating on the D'Oliveira brand page.