In 1997, a restless young Thomas Rivers Brown arrived in Napa. He had no winemaking experience, but felt at home in Northern California and knew it was where he wanted to be. Now, after a decade of winemaking for a dozen clients and a starring role in the rise of the brilliant Schrader Cabernets, the self-taught winemaker and owner of Rivers-Marie wines has established himself as one of California's great new talents.

After graduating from the University of Virginia in 1995, the Sumter, VA native waited tables. But a trip to Europe inspired another 16 trips abroad over 12 months to explore the likes of Burgundy and the Rhone Valley. Brown didn't plan to work in wine back then, and the wines he drank weren't especially good, but the exchange rate was.

Another winter spent shoveling snow from his East Coast doorstep led to a road trip west, where he discovered Napa. "Driving up and seeing the wineries, I was kind of starstruck," recalls the soft-spoken Brown, 38, revealing a Southern accent. "Once in California I felt like this is where I should be. There's something agreeable about the personalities and mindsets of people in Northern California.

Brown first sold wine at All Seasons, in the northern Napa Valley town of Calistoga, before working at Rasmussen, followed by stints at Turley and Tor before joining Schrader. He also worked for Nicholson Ranch from 2003 to 2007, and still makes wine for restaurateur Michael Chiarello, Outpost, Casa Piena, Tom Seaver, Maybach, Harris Estate, Black Sears and a new Howell Mountain project for the Charles Krug owners.

In 2000, when Fred Schrader hired the then 28-year-old Brown, he was taking a chance on someone who had never made Cabernet. "I'm not sure why Fred thought I could make Cabernet, but he figured I worked at Turley and Helen (Turley) was still associated with (that winery), and with his affinity for Helen he just figured I could do it."

"I took a major gamble when I hired (him)," says Schrader. "But I was not worried that my bet would pay off." The pair soon settled on a winemaking protocol based on a gentle touch with grapes from a top vineyard, whole-berry fermentation, pushing the limits of ripeness, and using new oak every vintage.

Brown's baptism came in 2000. "I was a nervous wreck," he recalls. “It was a huge crop stretched to the max. I was way too young for that responsibility.” But he gained experience. After 2001, he understood that the vineyard was the key and he spent more time walking To Kalon. He remembers thinking: “We can (make better wine) and save ourselves a lot of time if we get it right in the vineyard.”

In 2005, Brown, and his wife, Genevieve Marie Welsh, who grew up in a Calistoga farming family, launched Rivers-Marie, focusing on Sonoma Coast Pinot Noir along with Napa Cabernet. He’s the winemaker; she has the green thumb.

The cool-climate Occidental Ridge is their flagship, tight and firm, with high acidity, tilting toward the herbal-rhubarb flavor spectrum. “It’s the ripest site we deal with, but also has high acids; (it’s) one wine that’s a constant,” says Brown. “We want the vineyard to shine through.” With each vintage, “you get a pretty good idea of what happened that year.” The couple has also made Pinot from Summa Vineyard and Sonoma Coast and now a new vineyard, Silver Eagle, owned by Ulises Valdez.

The Rivers-Marie Cabernet has shifted sources, but starting with the 2007 comprises grapes from Corona vineyard in Oakville, Howell Mountain and Panek, in St. Helena. It is intense and vibrant, with chunky currant, fresh earth, mineral and cedary oak.

No one individual has influenced Brown’s thinking on winemaking. “It’s been more a combination of wines I’ve consumed and loved, styles I’ve come to appreciate personally and what resonates with other wine drinkers whose palates I respect,” he says. “That means there have been many winemakers who’ve shaped what I do, since I like to drink wine from all over the world. Wine drinking has definitely been my biggest guiding force, something that still remains exciting and fresh today.” Last year he spent $90,000 on wines to taste, drink and cellar. 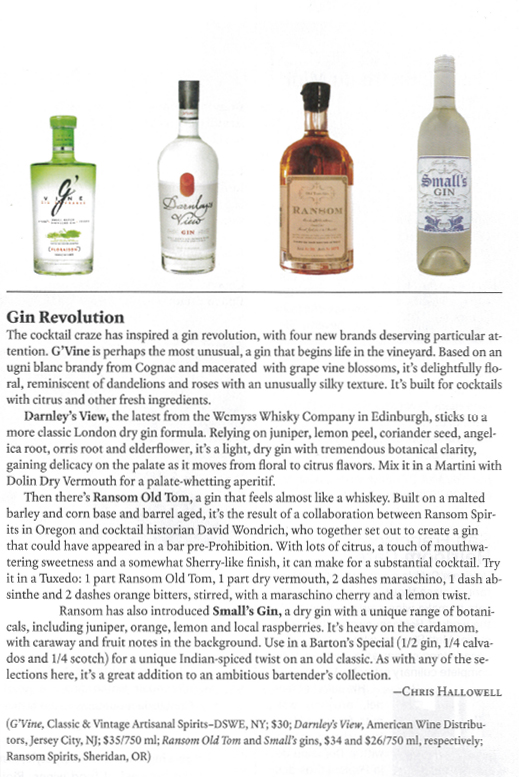 We are proud to represent four of the top 100 wineries voted by Wine & Spirits! Congratulations to Dashe, Drew, L'Ecole No. 41 and Bodegas Raul Perez 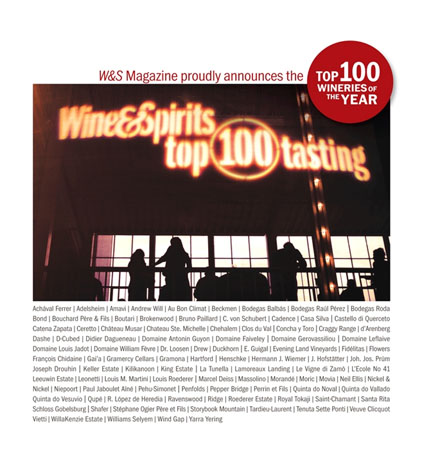 Ray Isle writes in the October issue of Food & Wine Magazine reviews for "The 100 Wine Bottles to Drink Right Now." The review for wine #47 is the 2009 Yellow + Blue Torrontes! This wine is the ONLY non-bottle (tetra pak) wine in the group!

Enjoy Torrontes while being environmentally conscious with Y+B.