Sweet wines don't get the same sort of press as the big guns - chardonnay and cab - but they have a place at the table, especially at this time of year when romance is in the air, and possibly on the menu.

And you don't have to wait for dessert, says Greg Allen, winemaker at Dolce, the Napa Valley winery that is devoted to producing a single dessert wine of the same name. "As an aperitif, I love it with blue cheese," he says. "And having it with Maine lobster is a wonderful treat."

Dessert wines come in various styles. Many are late harvest wines, which means the grapes are left on the vine until the sugar levels increase dramatically, then the grapes are pressed and fermented to produce a wine with residual sugar, hence the sweetness. Some, like Dolce, also involve allowing a particular kind of mold, known as botrytis, to develop. This further concentrates the grape sugars and flavors.

This is a labor-intensive and tricky process. You have to have just the right amount of rain - it doesn't happen every year, but it did this harvest - followed by painstaking picking; sometimes only a few grapes are selected from a cluster. The result is a golden, silky wine with notes of pineapple and caramel. Dolce costs about $85 for a half-bottle. Still, everything's relative. Compare that to the hundreds of dollars you can spend on Chateau d'Yquem from France, generally held to be the king of dessert wines and the inspiration for Dolce.

The good news is the wine is rich enough that a little goes a long way, Allen says. "It's not a quaffing wine. It is something that is sublime and has a very lengthy texture on the palate and you want to be able to enjoy that."

Port also falls into the category of dessert wines. Here the sweetness comes from adding a spirit, often brandy. Portuguese producers and their supporters assert that true port hails from Portugal. Still, a number of domestic producers, including Swanson Vineyards in the Napa Valley, are making what are called port-style wines. These usually are higher in alcohol content than regular wines, about 18 percent to 19 percent, and are a traditional way to end a meal. Ports also happen to be good with dark chocolate, a plus for Valentine's Day.

Swanson, which makes dessert wines in limited quantities and sells them through its wine club or at the winery's Rutherford tasting room, has a port-style wine, Arsene, which is made from petite sirah grapes, fortified with brandy and aged in French oak for 13 months. It sells for $75 for a 750-milliliter bottle.

A good dessert wine is "always a good conversation starter," points out Mike Jellison, president at Swanson Vineyards. "When you have a really good dessert wine, there's so much to talk about, the taste, the flavor. You can't help but smile."

Jellison sees more producers adding sweet wines to their portfolio, though there's still a limited audience for these styles of wines. Some people blame that on the cheap, not very good dessert wines they feel have given the whole category a bad name.

"Sweet wines are SO overlooked," says Karen Page, who with husband, Andrew Dornenburg, wrote "The Flavor Bible," and "What to Drink with What You Eat." "They often get no respect, except by those in the know."

Written by Michelle Locke of the Associated Press, OnlineAthens.com 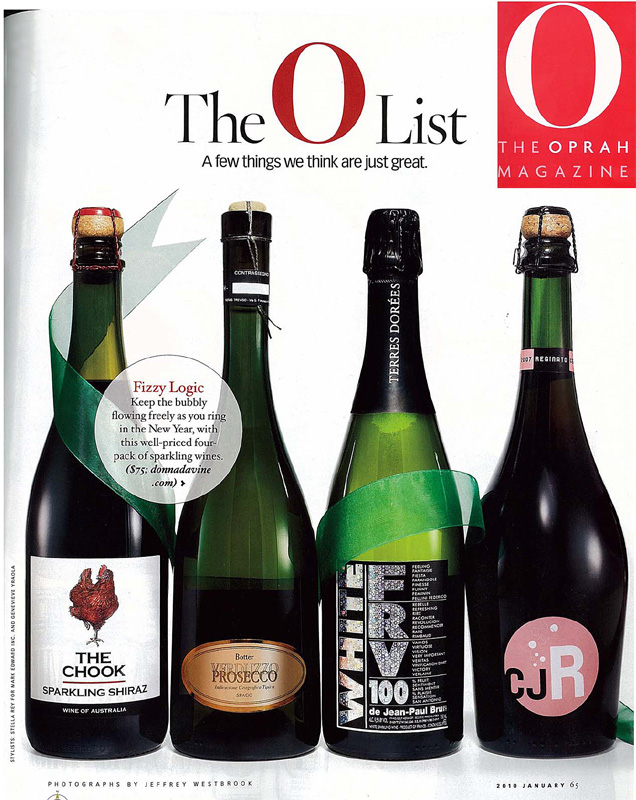 Telling Mike Janik that his merlot reminds you of cabernet sauvignon won't exactly break the Washington winemaker's heart. For Janik, who produces wine under his eponymous label and for Novelty Hill, believes what sets the merlots of the Columbia Valley region apart from others is their sense of place; these wines have a point of view.

"I think (consumers) think of merlots that are totally fruit forward, soft, without much mid-palate or finish," said Janik, who has been named one of the world's "masters of merlot" by Wine Enthusiast magazine. "Our wines have a lot of structure to them."

Back in the 1980s when the huge Columbia Valley American Viticultural Area (AVA) was created, some Washington winemakers thought merlot would be their trump card in the wine game. It has been to a degree, but Columbia Valley is home to a number of well-known grape varieties.

Gary Werner, communications director for the Washington Wine Commission, said merlot, riesling, chardonnay and cabernet sauvignon run "neck to neck" in the Columbia Valley. "Given the size of the region and its various microclimates, we can grow just about anything," he said. "We're not ones to hang our hat on just one (variety)."

The Columbia Valley is not the soggy Washington state we all picture in our minds. This region lies east of the Cascade mountains and, in Werner's words, "is as dry as a bone." The sun shines 300 days a year, the annual rainfall is only 6 to 10 inches, and the temperatures can fluctuate from winter chill to summer scorcher.

Early winemakers there were worried about the temperature at first. They planted cold-hardy whites like riesling, recalled Coman Dinn, director of winemaking at Hogue Cellars. "Merlot was chosen primarily because it is an earlier ripening grape compared to cabernet," he said.

Winemakers began to realize how different climate zones were in the valley. Certain south-facing hillsides were warmer than others, meaning winemakers could plant cabernet and other more cold-sensitive varieties there. These micro-climates are the reason there are eight sub-AVAs in the Columbia Valley wine region; each has its own characteristics that favor certain grape varieties.

But back to merlot. In the book "Washington Wines and Wineries: The Essential Guide," author Paul Gregutt wrote that Washington merlots "start where most others leave off, with ripe flavors of sweet cherries, and then reach well beyond simple and fruity, adding plush, packed, textured flavors."

What makes these merlots so good? "It's our northerly location and our limited growing season," said Dinn. "It doesn't warm up here until late April. Once it warms up, it warms up fast and the days grow rapidly longer and the grapes catch up. By Oct. 15 the season is over. … This keeps our crop load modest. You need a modest crop load to show character and intensity."

Dinn said irrigation is used to control vine growth and berry size. Want more intensity? Go with a smaller grape. And get sunlight in on the grape clusters, he added, to develop color and flavor.

Janik points to another factor. "We are one of the few areas where we grow the vines on their own roots," Janik said. "Nothing is grafted. That more than anything has had a big impact."

Last, Werner said the small scale of Washington's wine production plays a role. "We have to pursue quality," he said. "To make our mark, we have to let the fruit speak for itself and don't do a whole lot with it."

Dolcetto is a wine of modesty, the most humble of the three major red grapes of Italy's Piedmont (Nebbiolo and Barbera being the other two). Yet winemakers there don't get by on Barolo and Barbaresco alone. Early-ripening and plump with fruit, they make Dolcetto to enjoy in the moment - just right for a plate of the egg pasta known as tajarin. Dolcetto is often associated with softness, but a good one has enough guts to command its place at the Piedmontese table.

Still, many wines from 2005 and 2006 brought me disappointment. Too much ripeness, too much alcohol, too little distinction. Mercifully, 2007 and 2008 - the former riper, the latter leaner - have been far more auspicious, providing wines with classic dark fruit and dusty tannins.

These (below) are versatile winter wines, right for anything from a ragu to a burger. That has always been Dolcetto's charm, and it's currently on display.

2007 Camerano Dolcetto d'Alba: A beautiful, classic example from this Barolo-based house, with smoky, toasted-fennel accents on a ripe blueberry nose. There's a knot of tannin on the palate that makes it more energetic and chewy. Give it a bit of air. (Importer: A Singular Selection/USA Wine West)